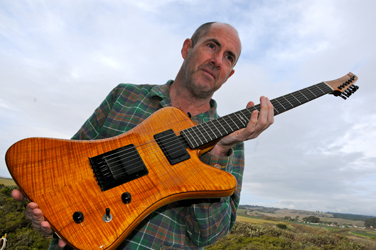 Kaiser has had a parallel career in the film and television industry for over 30 years, working as a producer, director and soundtrack composer. He directed and produced many hours of science television programming. He received an Academy Award nomination for his work as the producer for Werner Herzog’s ENCOUNTERS AT THE END OF THE WORLD, he was also the underwater camera and soundtrack composer for that film. Kaiser worked on 3 other Herzog films: THE WILD BLUE YONDER, GRIZZLY MAN, and LITTLE DIETER NEEDS TO FLY.

He is a scientific diver in the US ANTARCTIC PROGRAM. 2011 will mark his ninth deployment beneath the twenty foot thick ice of the Ross Sea. Previously he taught underwater research at THE UNIVERSITY OF CALIFORNIA AT BERKELEY for 17 years; where he was an early pioneer in the use of underwater video for scientific research and diver training. Mr. Kaiser has more Antarctic under-the-ice footage in films and tv shows than any other underwater cameraman and probably has more dives under fast ice than any other professional videographer.